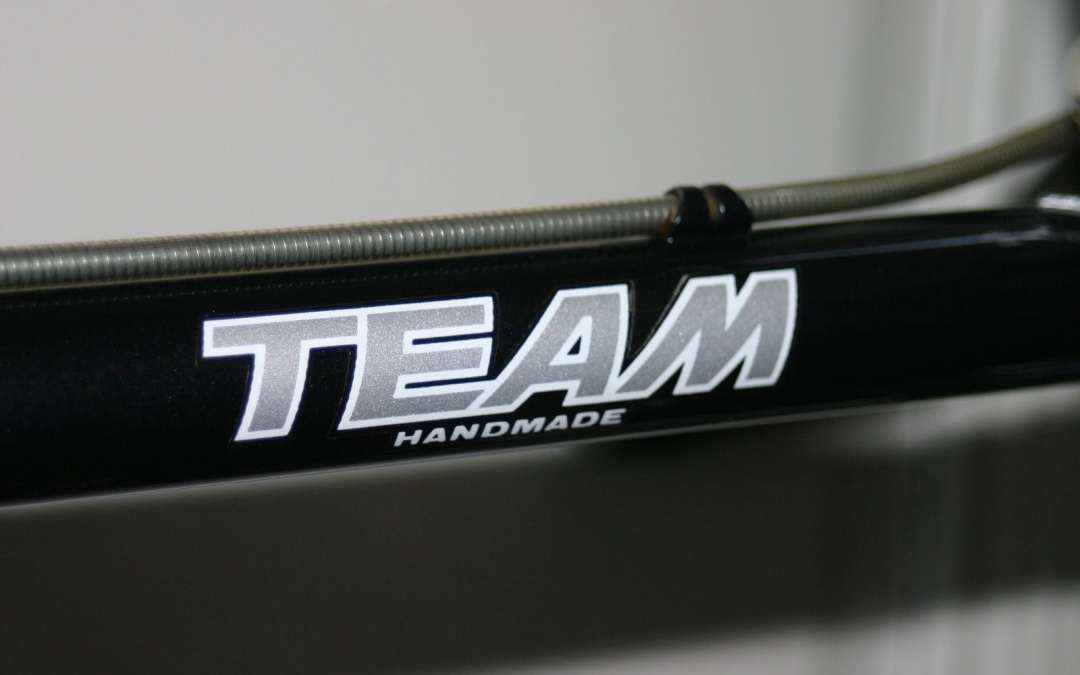 Most kids remember their 1st bicycle as being something special and I was no different. In my case it was an early 80’s Hiawatha brand cruiser that was cream and rust colored with chrome fenders and a banana seat. My grandparents gave it to me and I loved riding it… training wheels and all.

Eventually the training wheels came off and I started customizing it with my dad’s help. The stock street tires were out and knobby BMX tires were in. Fenders? We didn’t need the fenders anymore either. Finally, the banana seat went and a hard bmx seat appeared in its place. It was truly an ugly bike at that point but that would soon change.

Christmas ‘83 was pretty big as it was then that I received my first real BMX bike. Full chrome, blue Ukai wheels, blue ACS hubs, blue Oakley grips, blue Kashimax Aero saddle and a number of other vintage bits that would now sell for a small fortune on eBay. It was sweet and I pretty much couldn’t wait to get up in the morning so I could roll open the garage door and meet up with my friends to go riding. BMX was huge for us. We knew all the bikes, the specs and we knew all the best jumps and trails in town.

As cool as BMX was, we quickly discovered that covering larger distances on them wasn’t quite as fun (or quick) as it should be. Fast forward to 1984 when my friend’s older brother had just gotten a gleaming red “10 speed” bicycle with super skinny tires with his paper route money. It was amazing! The look. The speed. Those tiny little tires. We all wanted road bikes of our own. I was certainly aware of road bikes prior to this and knew about the flashy Italian race bikes from the Tour de France. Oh, and in case you are wondering what the red bike was? Would you believe a 1984 DX-4000? No kidding.

So there I was, a ten year old kid with a new found urge… wait, make that a NEED for speed. We had three “good” bike shops in the area and I started making the rounds at each of them daydreaming of what could be. The Italian bikes were lovely, but there was no way in the world I was going to be able to get a $750 road bike at the age of ten. 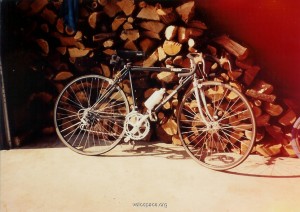 October of 1985. My 11th birthday was looming and I had hinted hard that I wanted a road bike. In fact, during my bike shop visits I had discovered a bike called the Panasonic Team that had really caught my eye. There was one on the show floor at a nearby Panasonic dealership, Lakeside Cyclery, in Clear Lake, Iowa that might as well have had my name on it. It was small too… maybe a 50cm frame. It looked… well, let’s just say I had dreams about it!

My birthday that year was pretty much the thing of dreams. I got the 1985 Panasonic Team that I had wanted oh-so-much. It fit me perfectly and in no time at all I had become a roadie. I rode it so much that I distinctly remember getting holes in the outer edges of the soles of my shoes where the pedals would dig in while riding. I’ll bet a few of you reading this just had a flashback to that as well!
The Team was awesome. I still loved BMX as well and had swapped my way up to a Redline frame and fork but my Panasonic Team was my favorite by a large margin. I rode it with a bunch of classmates on a 30 mile ride in what my middle school called “mini-courses”. In the summer of 1986 I rode the Tour of North Iowa with my father for another 35 miles. Quite a feat for him as he was on a Free Spirit brand cruiser that weighed at least two or three times more than a Buick.

I rode the Team until 1988. I stepped out into the garage to get in the car with my parents to head to church and the Team was gone! The garage door had been left open the night before and that was all it took for Mr. Stickyfingers to come and take my wonderful little Team. I was crushed and more than a little pissed off. Bike thieves STILL suck.

The Team was never found but it was a pretty good bet that it found it’s way to RAGBRAI in ‘88 as lots of bikes would suddenly disappear before the RAGBRAI ride. (For those of you not familiar with it, it stands for the Register’s Annual Great Bike Ride Across Iowa. The Register is the Des Moines Register newspaper. The ride has become an institution and rite of passage for many in the region.)

Luckily, homeowner’s insurance would help out a bit with my replacement for the Team. I had look at the ‘88 Schwinn Tempo with the cool tri-color Italian looking paint scheme and Shimano 105 but I had also looked at the cool Miami Vice looking ‘88 Panasonic DX-4000. I really wanted another Panasonic since my Team had been so much fun. There was even a super cool DX-5000 model but I didn’t think I could ever afford it so I had pretty much settled on the 4000.

Have you ever won the lottery? Well, when I got the insurance check for my stolen Team I came to the realization that my insurance money plus my savings would actually enable me to get a DX-5000. I still remember how exciting it was to realize that! It was literally ALL the money I had but I was an 8th grader heading into high school and all I wanted was that bike. I had also grown quite a bit and figured if I bought a frame just a bit larger I’d grow into it.

I bought the DX-5000 and did indeed grow into it. In fact, I rode it until the early 2000’s when I built my dream Italian racing bike to replace it. The DX-5000 is still with me alongside a number of other interesting Panasonics and you can read more about it in another editorial I’ve published on this site.

Over the years I often thought about my old Team. I found a couple of old photos of it in an old shoe box that instantly took me back. I could remember exactly how it felt and even what it sounded like cruising along or shifting gears. I guess I still missed it. It was, after all, the catalyst for what was to come. It sparked my love for cycling and I guess you could say that the Team was even responsible for this web site. 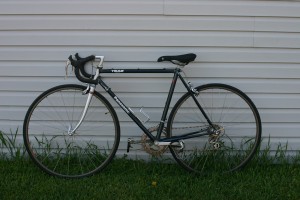 Have you ever won the lottery TWICE? Fast forward to 2008. Since 1985, my preferred bike shop over the years had been Lakeside Cyclery in Clear Lake, Iowa. Two of the three guys that were there in 1985 when I bought my first Team are still there today in 2013. Really wonderful guys and just when you think you know someone they can throw you for a curve.

I had stopped by Lakeside to chat with my friend Russell who is the resident bicycle doctor and chief “Dude” at Lakeside. I had recently acquired my dream ‘86 Team America and had been telling Russell how I had an ‘85 Team that was stolen years ago and how much I loved that bike. He got a strange look on his face and said to me, “You’re not going to believe this, but we still have a couple of them.” Umm. What?!

Russell took me to a nondisclosed storage location and showed me two 1985 Panasonic Teams hanging from the rafters. They had been hanging there since 1986! I almost wet my shorts. They were both custom builds as they were built from left-over frame sets from the prior year. One was used in RAGBRAI one year while the other was clearly ridden very little. The nicer of the two was built with Shimano 600 group which was ironically exactly what I had wanted to do with my original Team had it not been stolen.

Russell being the good guy that he is gave me a decent price on the nearly new old stock 1985 Team with Shimano 600 and I took a Team home for the second time. The frame is a 54cm so it is bigger than my first one but that is a good thing since it means I can actually ride it a bit. And yes, the ride gives me flashbacks. Welcome home. 🙂 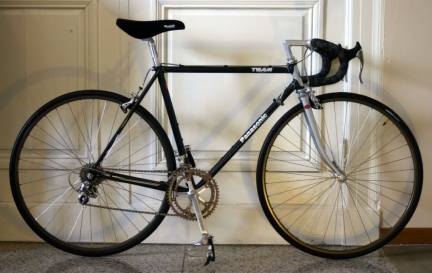