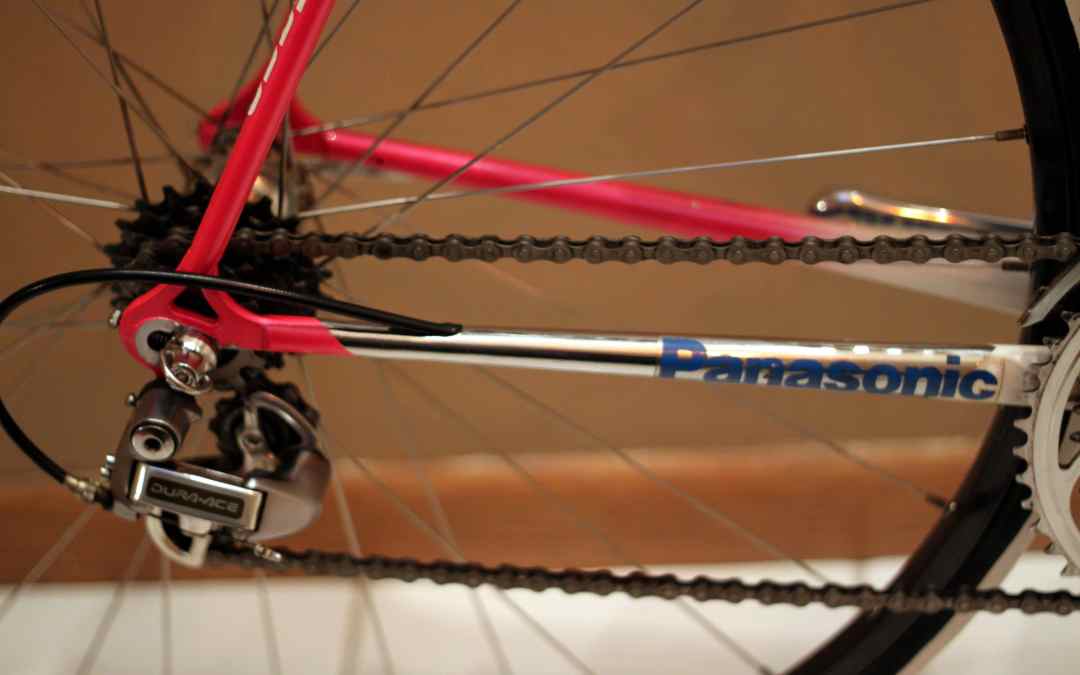 LAS VEGAS, NV (April 1, 2013) – Panasonic announces a partnership with the Panasonic Bicycles Virtual Museum (PBVM) and unveils plans to re-enter the U.S. bicycle market with distribution through PBVM.   When Panasonic Bicycles left the U.S. market after 1989 a giant void was left in their wake.  Before long, huge numbers of Chinese built bicycles were flooding stores and threatening to mangle riders from coast-to-coast.

In an effort to save lives as well as save many people from the disappointment of riding poor quality Chinese bicycles, Panasonic has once agreed to distribute their high quality Japanese built bicycles to North America.  The first 100,000 units will be Sport 500 models and will only be available in pink.  The new Sport 500 model also features an updated version of Shimano’s Front Freewheel system.  According to Panasonic and Shimano engineers, the new system is somewhat revolutionary in that forward movement is only achieved while pedaling in a counter-clockwise manner.  This makes the bicycle perfect for intense training according to one engineer.  You can get an intense spinning workout while pedaling in the forward direction, or go for a ride and work your muscles in an entirely different fashion by pedaling counter-clockwise.

Another technical innovation comes from the automotive performance industry.  The new Sport 500 models will be equipped with Panasonic’s revolutionary Nitro-Go tire system.  These nitrogen filled tires will provide unparalleled performance as tire temperatures will remain much more stable while cornering resulting in more predictable handling.  An engineer was quoted as saying “…….”  (Well, it was in Japanese and we couldn’t really understand what he was saying but we’re pretty sure it was good since he smiled a lot!)  Since conventional bicycle air pumps won’t work with the nitrogen fill system, Panasonic has launched a large roadside cyclist assistance program (Panasonic Roadside Assistance Program – PRAP).  In the event your tires are low or you get a flat tire on a ride, the on-board GPS & cellular enabled smart-system will alert PRAP and the company will dispatch a member of their elite service team who will arrive at your location within 12 minutes of the incident being reported.  While your bicycle is serviced, you will be treated to specially filtered water and fresh Japanese delicacies to snack on.  Better yet, this system is free for the first 3 days of ownership but will cost owners a nominal fee of $2,400 per month after that.  Membership in the PRAP program is mandatory with the purchase of each bicycle.

The founder of PBVM said, “We are excited to see the return of Panasonic Bicycles to North America… I can’t wait to order my PICS edition Sport 500 in pink!”